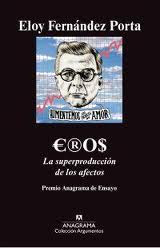 HOW has life in Mexico changed under the rising tide of drug violence? It’s difficult to say; it is what it is. It goes on. For long stretches of time, it is easy to forget about the violence. But then reality breaks through, and it becomes once again impossible to ignore.

All my life I have lived in Puebla, a city of more than one million inhabitants about 70 miles southeast of Mexico’s sprawling capital. Puebla has a reputation for being a moderately safe place to live (considering the general standard in the country today). Mexico City residents, called chilangos, have been moving here for years — particularly since so many were driven from the capital by the earthquake of 1985, which destroyed hundreds of buildings and killed thousands of people.

The famous have retreated here, too. At one time, Puebla was reported to be home to Mexico’s most-wanted man, the billionaire drug lord Joaquín Guzmán Loera, who has still not been apprehended. Other prominent traffickers have followed. Puebla is perceived as a place that is largely free from violence — which, surely, must be as attractive to a drug lord as it is to me — but it is known for being free from the authorities’ scrutiny as well.

There is lots of speculation about “agreements” between governors and certain cartels. The government turns a blind eye, and the cartel guarantees a level of peace. Many people believe these pacts to be the reason that states like Puebla are relatively “safe” while Mexico’s civil war rages around them.

Recently, though, the delicate balance has been threatened, as the authorities have started to crack down on traffickers. Last month, Sergio Villarreal Barragan, another important drug lord, was arrested in one of the city’s most posh residential neighborhoods. The government may have been emboldened by the results of the summer’s elections, which ended decades of rule in Puebla by the PRI (the Institutional Revolutionary Party).

But the sad thing is, nobody has much faith in the new coalition government. I met a taxi driver here whose children had moved to New York City: one of them works as a cook at a fancy restaurant in the Flatiron neighborhood and the other one cleans bathrooms near Penn Station. He hasn’t seen them in six years. We got to talking about the elections, and I asked him if he thought the new governor might change things.

“I don’t know,” he said. “I’ve always thought it was inevitable that politicians are thieves. But even so — they could still leave something behind, right? Do some good work just the same.”

It wasn’t an earthquake or drug violence that drove his children from home. Puebla expelled them because it couldn’t offer them any opportunities. Worst of all, they went to New York illegally. So now, they can never leave.

We too, in a sense, are trapped in Puebla. In my neighborhood, where the roads are still unpaved, we live behind high walls and electrified or barbed-wire fences. A friend of mine, an artist, lives in one of the city’s fanciest neighborhoods, behind an immense wall. Last weekend he was unable to enter or leave; the great drawback of the wall is that it has only one entrance. In this case, the opening had been blocked by the Naval Department for an operation of some sort. For the first time, my friend felt that he was living in a prison.

And no matter the lengths we go to preserve our tranquillity, violence infringes. Not long ago, robbers broke into the house across the street from mine. Luckily, my neighbor had a machete. He chased the intruders out, after hacking one of them in the arm.

That morning, his garage floor was still covered in blood. I asked him what they had taken.

“All sorts of things,” he said. “Tools, the television set, some things from the kitchen.”

“Do you think they’ll come back?”

“That’s the worst part of it. I can’t sleep in this house anymore, thinking that at any moment they might come back, with me and my daughters inside. Thank God nothing happened to us!”

I couldn’t help but think of something the chief of security said about the recent wave of arrests of drug traffickers in Puebla. “Puebla is a safe state to live in, and that is why they come here,” he said. We dream of happy endings, but sometimes I’m afraid that everything that could possibly happen in Puebla has already happened.